Last week I introduced the contest of the week: each week I will propose a contest, and award Shadow-points to the winners; every two months the person with the most Shadow-points (in the period) will geet their name posted on the side of the blog, a $2 reward, and the chance to write any article they want for the blog.  The results of the first week's contest are here.


I'm going to try to alternate types of contests, so this week's will be a little bit different from last week's.  This week, the contest is a word puzzle of sorts.  The first person to solve it will get first place, second person second place, etc.

Without further ado, here's the puzzle: 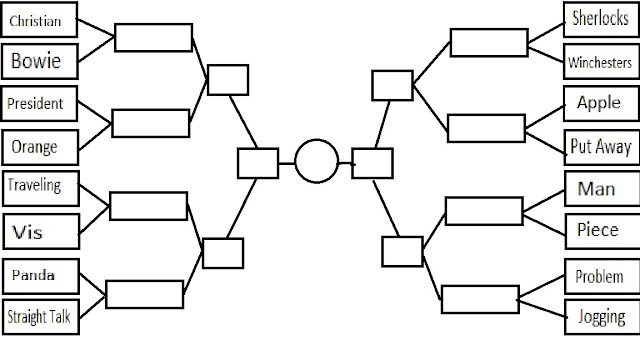 The puzzle works as follows.  Every two sets of words that point to a common box have something that is one degree removed from each.  For instance, if you saw 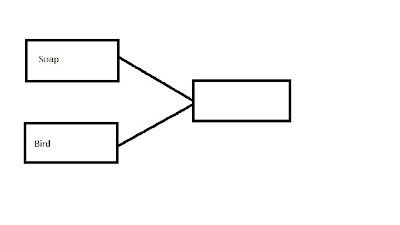 then you should fill the word DOVE in the box, because it is one degree removed from both soap and bird. Thus, all connected boxes are two degrees of separation apart.  Repeat this process until you get to the center of the puzzle; the answer is the word in the circle.

0) If you can't solve it, don't worry--the puzzle is hard!  You can still send in any partial progress you made (see rule (3)).

2) In addition, every person (including the top three) who solve the puzzle by the deadline will get one Shadow-point (so first place will get a total of four).

3) In the even that no one sovles the puzzle, the first place will be the person who gets the inner-most word; so, for instance, if someone gets one of the words connecting the the circle and no one else does, they would win.  Speed of getting there will break ties.  (In that case no one would get the extra Shadow-point.)

4) If you think that there's an ambiguous clue (i.e. that you've found a word that fits well in a box but isn't what I anticipated), send me your guess for a box; if I think it's as good a fit as the intended word, I'll give you the intended one.

5) If you want you can talk about partial progress, etc., in the comments of the puzzle, but only do this if you don't think you can solve it on your own, and want to collaborate with people.  Don't just post the answer there.

6) To submit an answer, send it to be via email at sambf at mit dot edu.